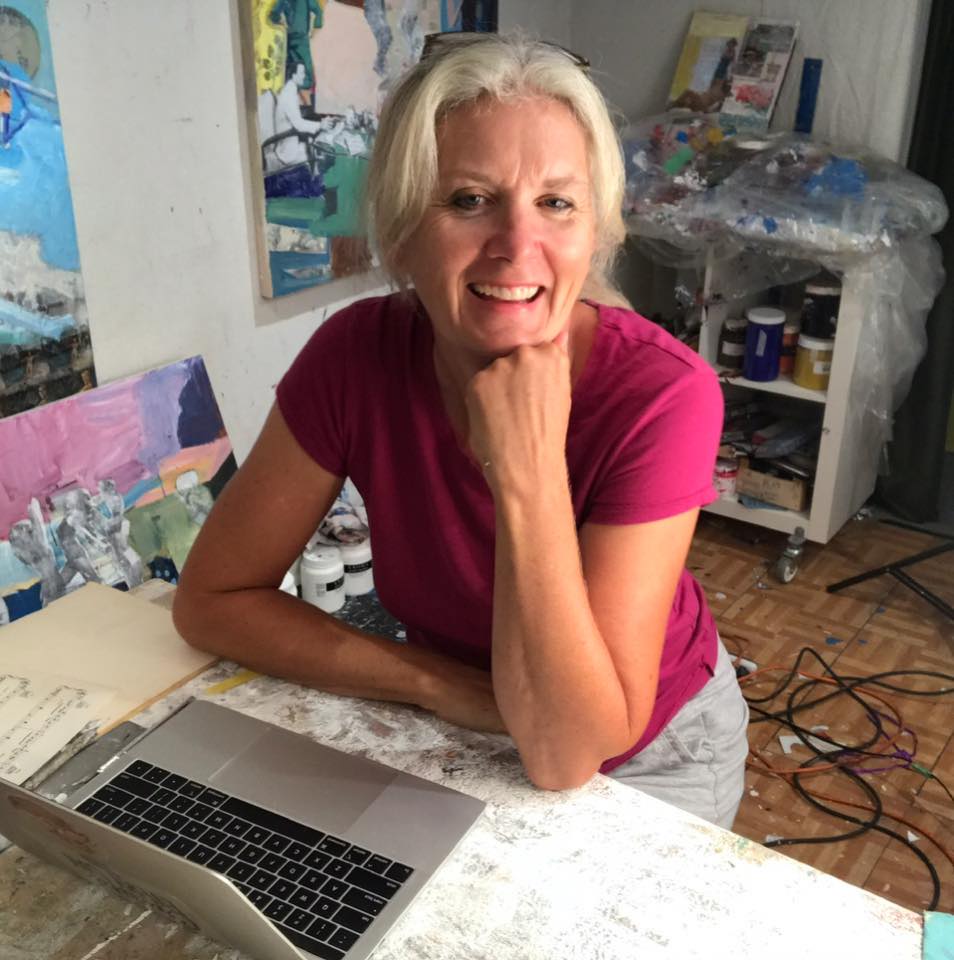 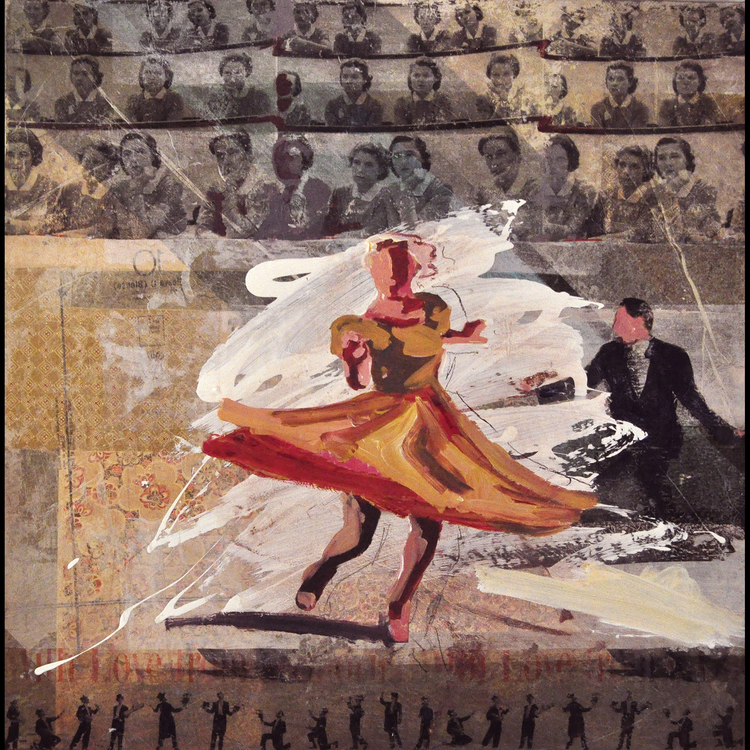 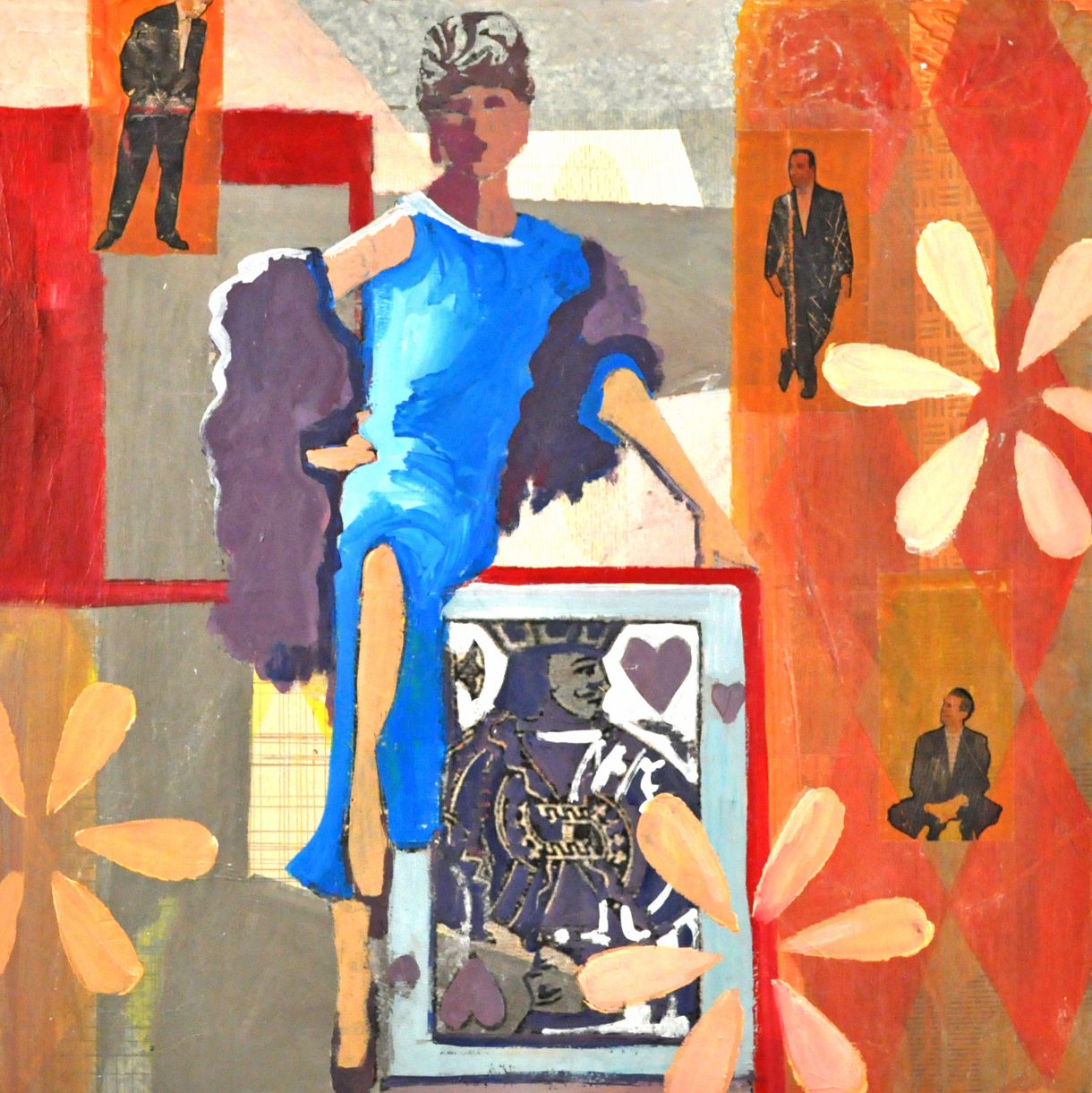 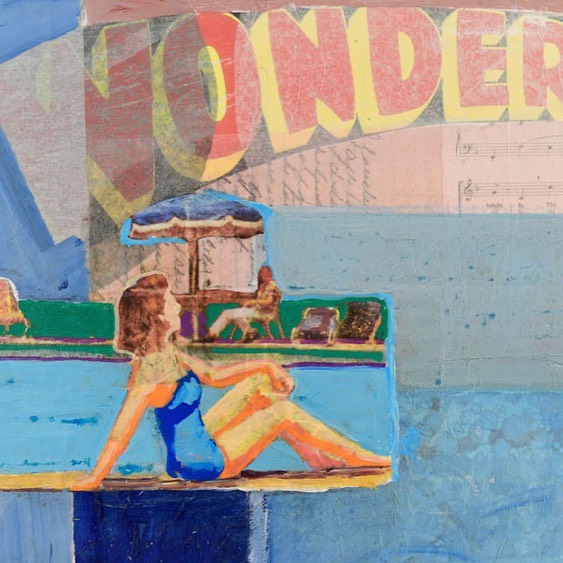 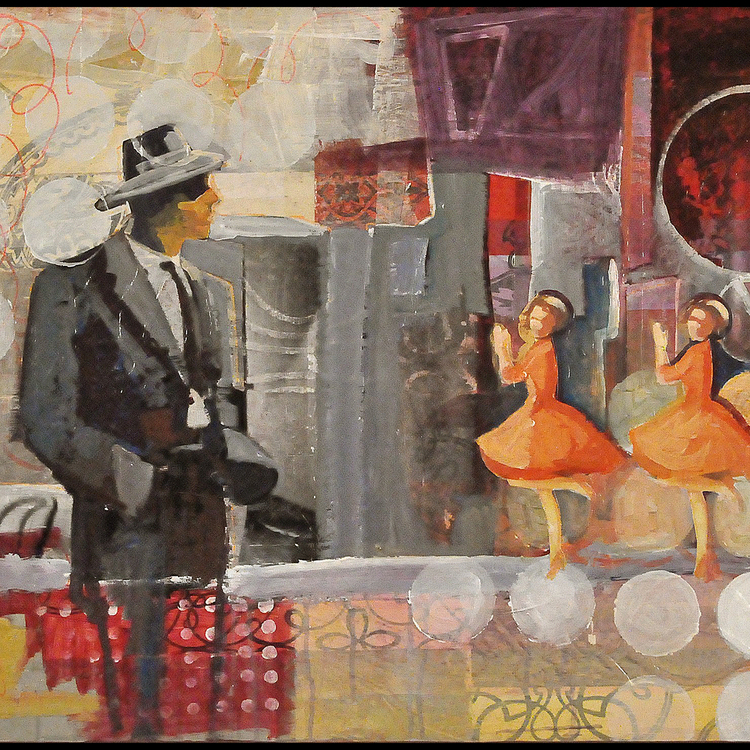 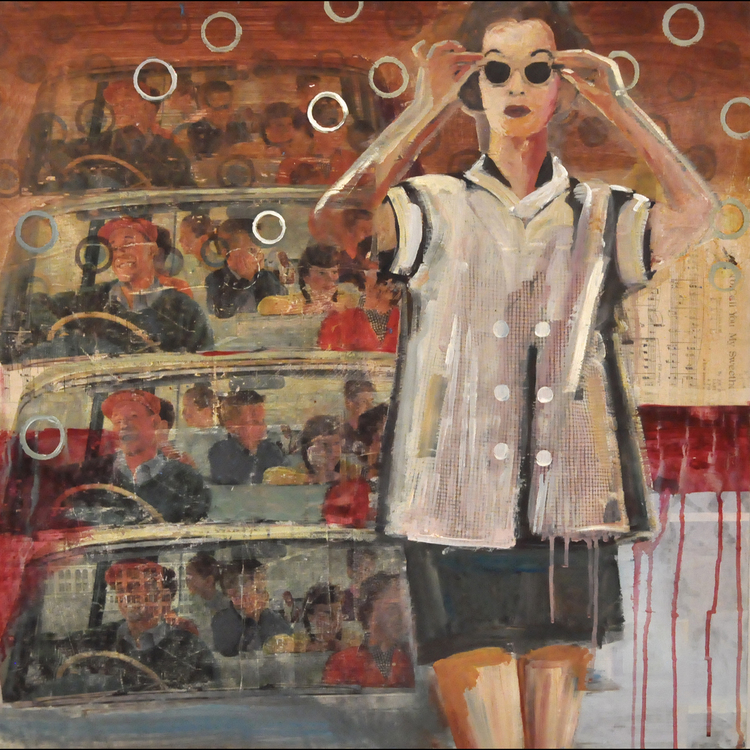 Canadian artist Marjolyn van der Hart creates captivating scenes with layers of nostalgia that collectively resurface as a charming glimpse into the past.  It’s the mixed media on which the scene is built that reveals how van der Hart uses history to piece together a story of modern struggle.  Vintage advertisements, classic film stills, poems, and eclectic old photographs, among others, serve as scaffolding for her work to express the ways men and women cope with the world’s demand for perfection.

Marjolyn works in stages to bring her art to life.  Beginning with vintage wallpaper and tissue paper to set the tone, she then uses nostalgic, ephemeral moments to bring the viewer back to a time and place of romance and wonder.  Van der Hart continues with digital layering, pastels, and acrylic paints which culminate in a whimsical yet elegant story of redefining modern identity.

In a time when the art of communication is threatened by emojis and self-worth is determined by social media validation, Marjolyn captures the realistic need to normalize the challenges of work and home balance. Her work discourages simulated self-esteem, promotes self-empowerment, and accepts that an occasional escape from the bindings of reality is not only tranquil but often a requirement for self-regulation.

Marjolyn van der Hart was born into a creative and adventurous family which easily paved the way for her to follow in the footsteps of her artist father.  With hopes of freedom from the corporate world, van der Hart completed a Bachelor of Arts with Honours in mass communications at Carleton University and afterward earned a Bachelor of Fine Art from Ringling School of Art and Design in Florida.  During her academic career, Marjolyn also studied at Parson’s School of Art in New York City as part of the New York Studio Residency Program.

The artist, along with her husband and two children reside in Toronto, however she travels extensively throughout North America showing her work at prestigious juried art fairs, including Cottonwood Art Festival in Texas.  Over the years Van der Hart’s work has earned numerous accolades such as Best in Show, Best in Category, and Award of Excellence.  Memory Art Girl encompasses the recognizable collage collections by the artist shown at art festivals within Canada and the United States.  Marjolyn van der Hart is represented by Blue Crow Gallery in Toronto and Wall Space Gallery in Ottawa Canada.

Cottonwood Art Festival accepts applications for the Spring and Fall opens and closes twice a year. Local bands are invited to submit an Electronic Press Kit (EPK) for consideration to play at the festival by contacting cottonwood@cor.gov. 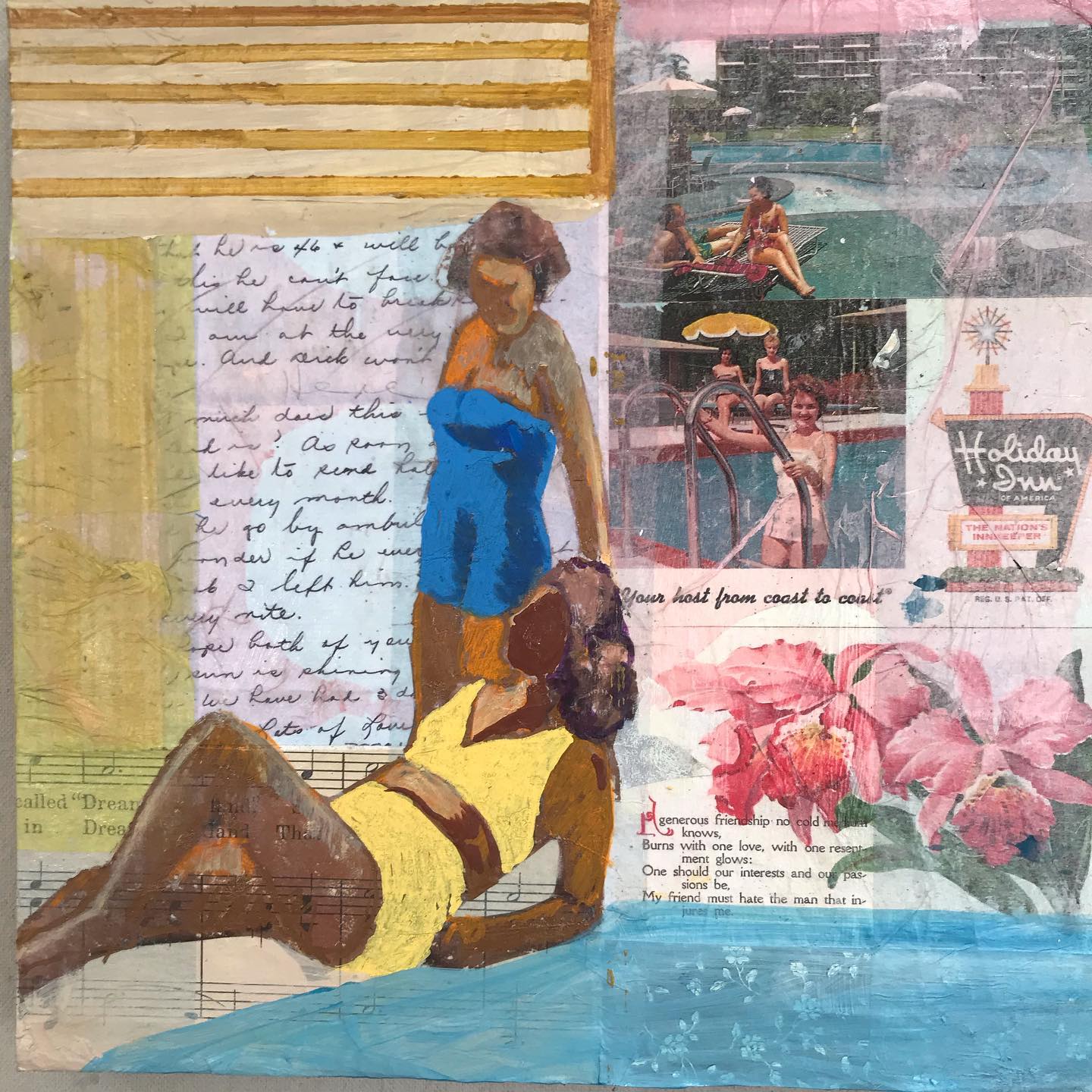 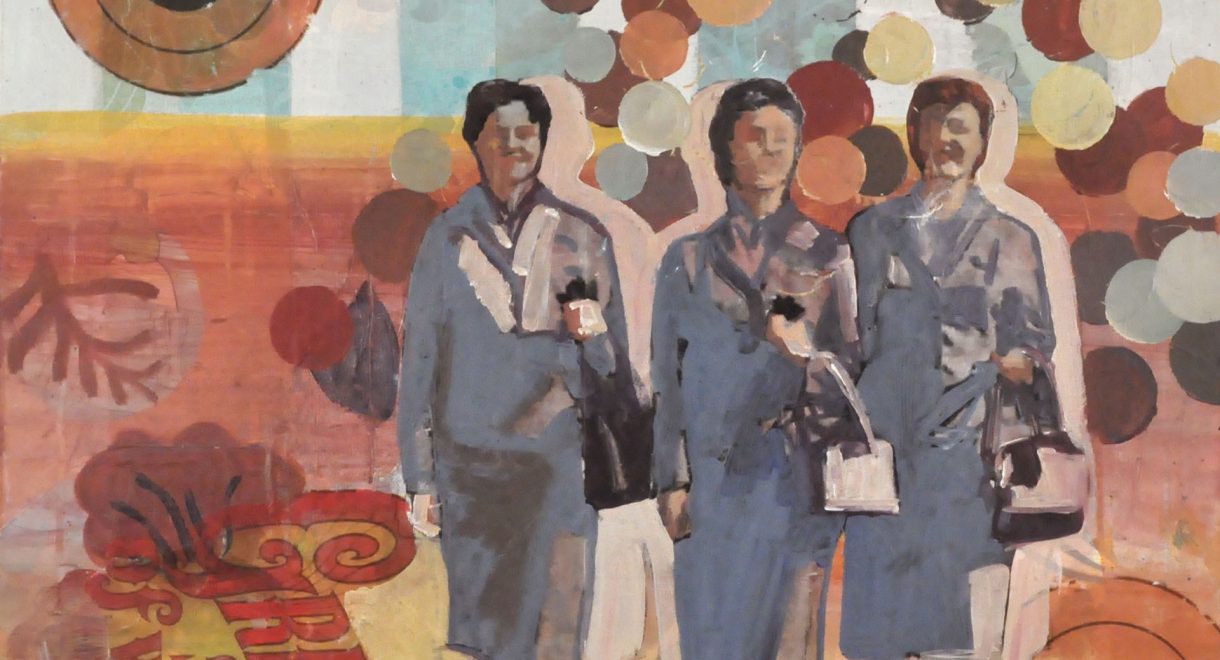 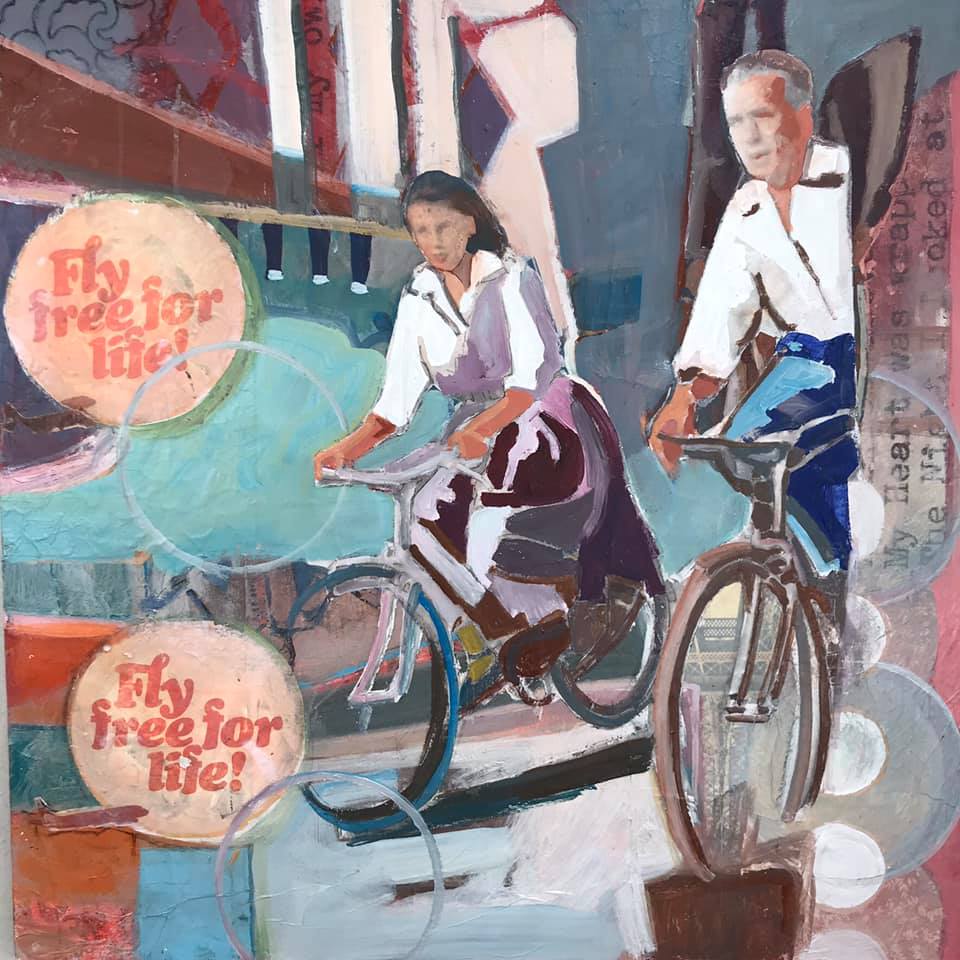 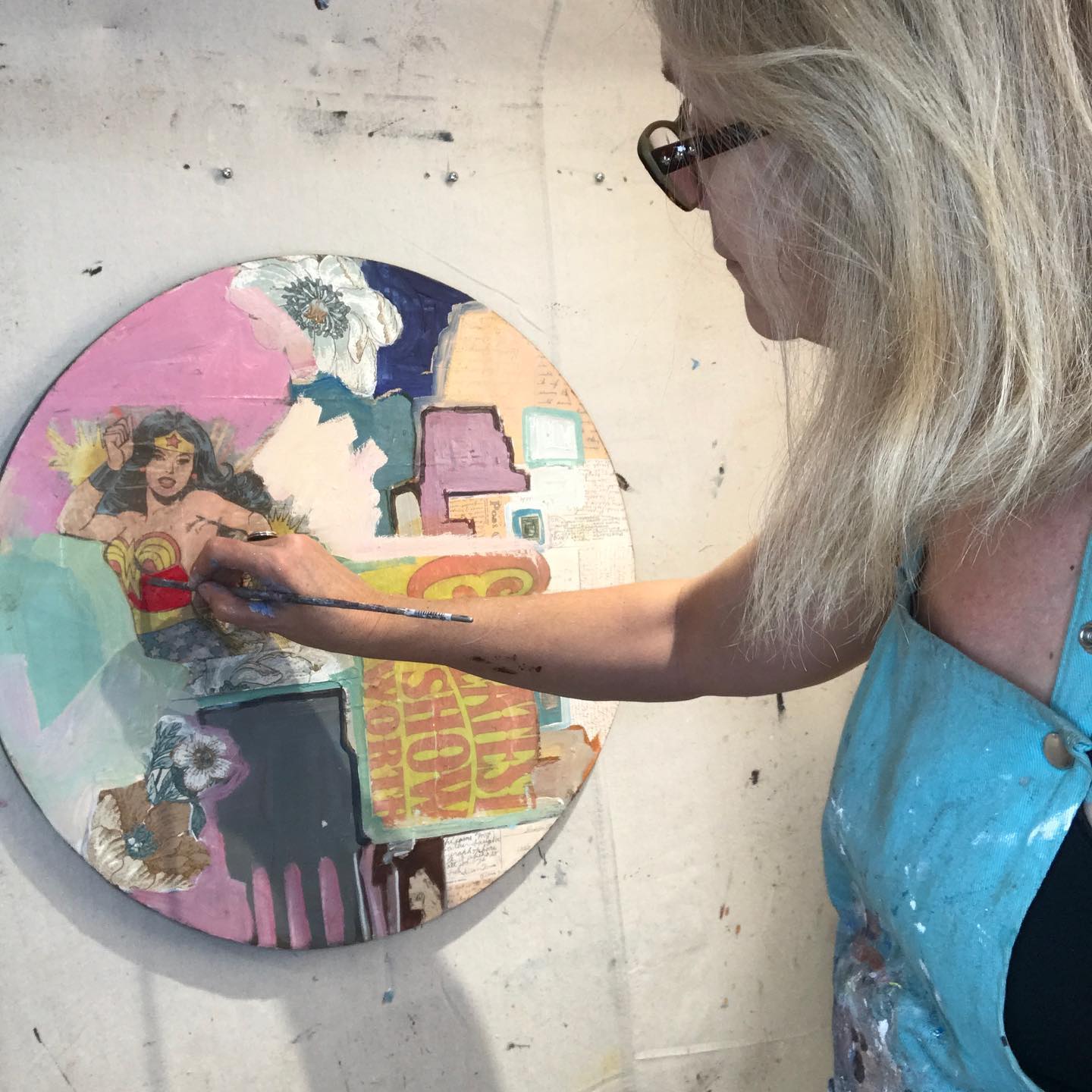 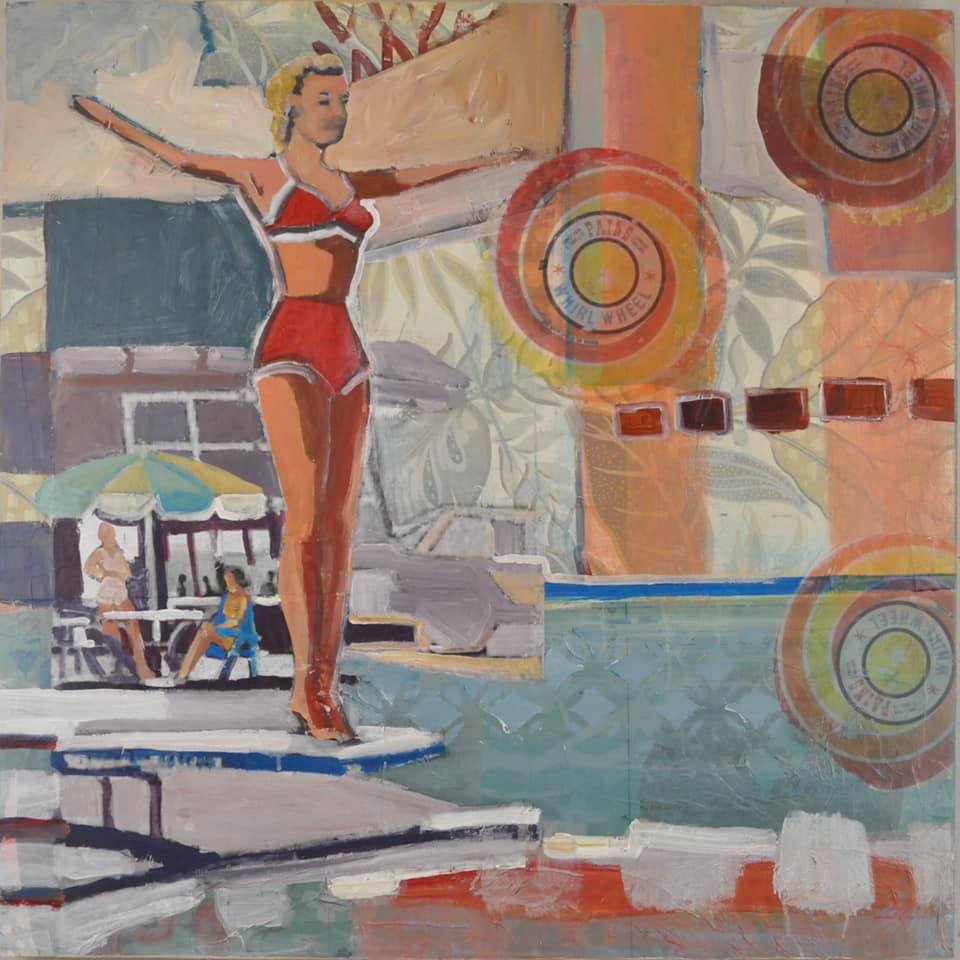 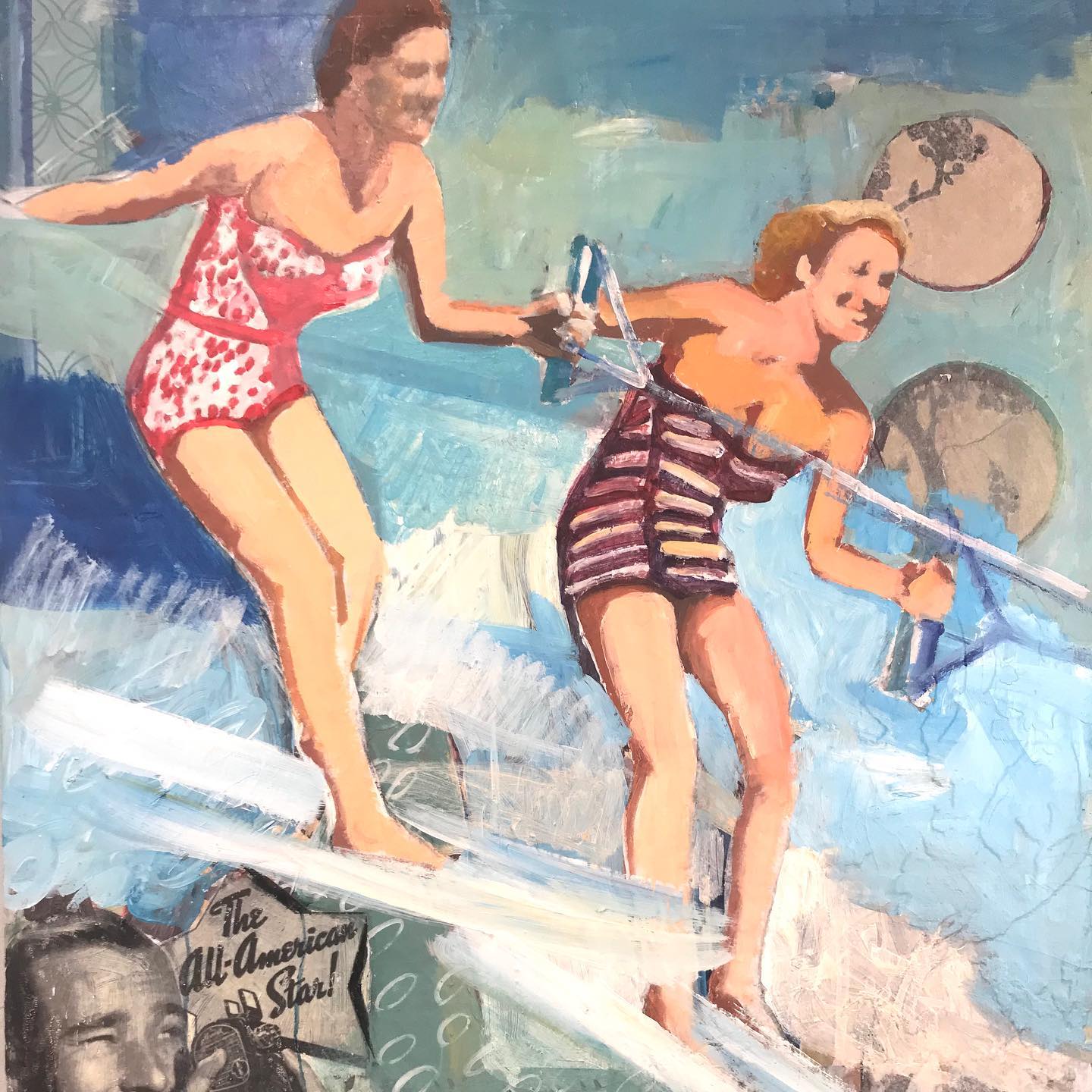 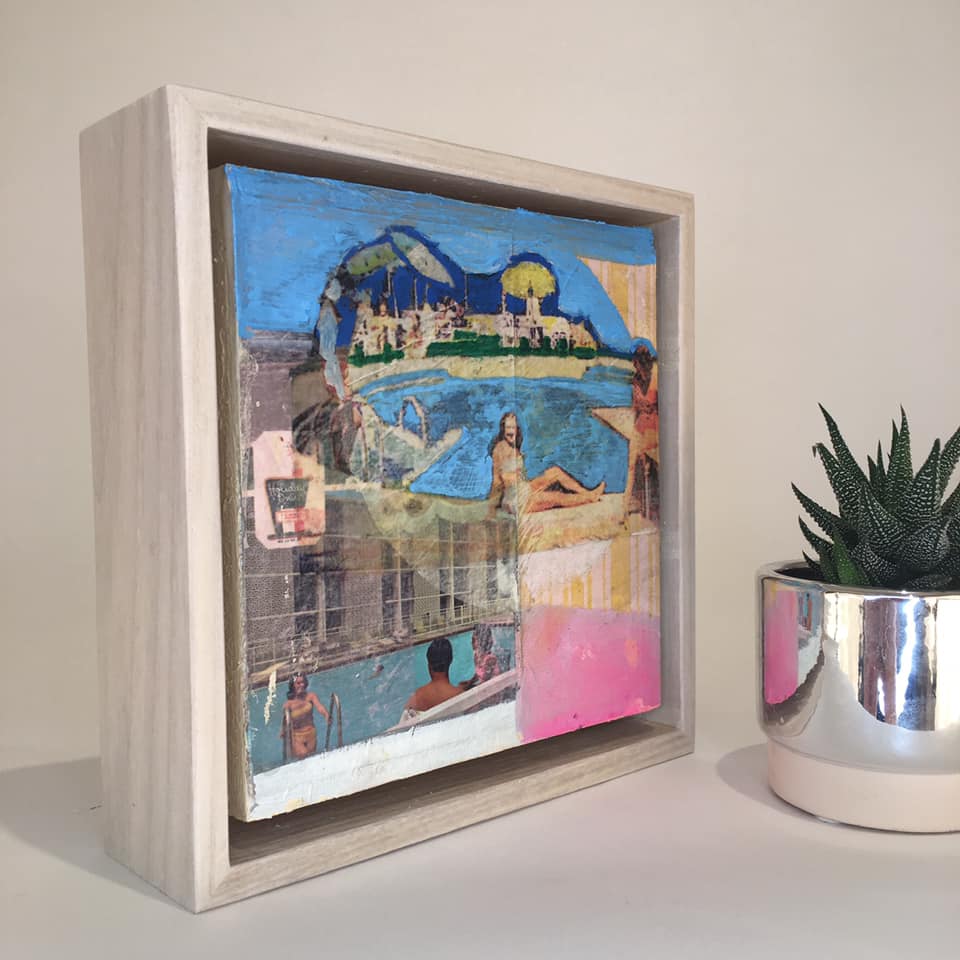 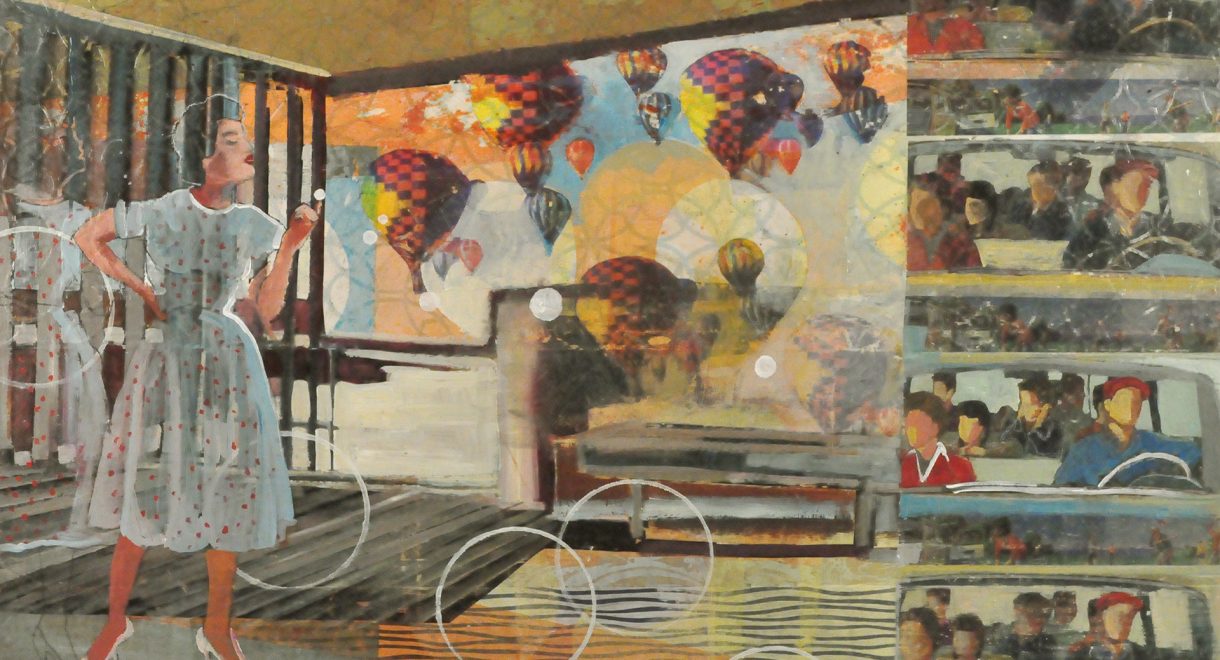 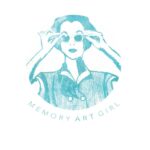